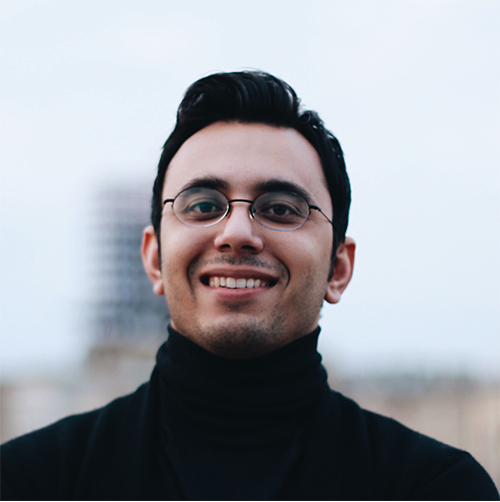 My name is Milad. I am a UX/UI Designer with 7+ years of experience and a passion for product design, digital web analytics & Quant UXR. I am 30 years old and I’ve been interested in web design and all its useful and exciting aspects since I was 14. It was around 2004. I started with Photoshop, Flash, HTML, and a little PHP and worked with PostNuke, Joomla, and Movable Type which were popular CMS platforms, back then.

I also enrolled in a network engineering (MCSE) course, followed through for a year, passed the tests and got my MCP Certificate from Microsoft; even got an internship in a large organization. I think I was the only 16 years old attending those classes along with other grown-ups who were working at ICT corporations! But in the end, I realized it was not what I wanted. I always tried to be abreast of all the technologies and know what is going on in various aspects of web design; you could say I am a generalist. In my teenage years, I completed several projects as a freelance web designer, many of which involved the design and implementation of a complete website. At the time the web design tasks were not as specialized as they are these days. I was determined to learn all that I can, however, things like user experience and interface design were hardly mentioned in texts in those days. When one talked about web design, they wanted you to do it all! But now, research, design, development, and all the other tasks are specialized.

A few years later, after I had dropped out of college, I went to work for a web design company. I started as an interface designer. I mostly worked on the visual aspect of the design, using Photoshop. Mostly, because the customers were solely interested in the appearance and fanciness of the websites. After a while, I became interested in data analysis and user behavior understanding and learned to use Google tools, especially Google Analytics. After that, I started to shift my profession towards UX and User-Centered Design. In an organization with little understanding about these matters, you are not taken seriously and you have to constantly present the ROI of your work, in the hope that maybe you get lucky and be able to get the time and budget needed to continue your work. Of course, this was seldom the case, and what little time that was given to these concerns were mostly due to my relentless pushing and at the cost of putting a lot of pressure on myself.

In six years I went from web graphic designer to UI designer, UI/UX designer, UX designer, and web analytics specialist, UX manager, and finally product manager. I tried to boost user experience maturity in the organization, educate all concerned parties and stakeholders, and improve the procedures and tools to the same end. I worked on some of the major products of the company in IranServer, including the Customer’s User Panel, which had a positive and significant impact on the KPIs. In my last year there, I focused on the service design process of Iran Server and made some progress. In the time, I have redesigned & optimized the client's portal (User by 100,000 users/month) and improved the overall User Experience of the website. I have also optimized the conversion rates, Reduced Bounce Rate, and improved engagement rate. In a survey from 1000 Customers of IranServer, Tangibles, UX and Usability score rated the highest!

During past years I have worked with various companies, including Profile, “Ashena” Group, Shatel Mobile, Snapp, MobinNet, and other startups as UI designer and web analytics consultant. Also, I became interested in iOS programming and designed and developed several well-received Apps, which were published on the Apple Store and got encouraging feedback. In fact, one of them was one of the top applications in the utility category in several countries, which I found personally gratifying.

Finally, I joined Café Bazaar, a leading consumer internet company in Iran, and started working on Divar product, an online classified ads service. It is the largest and fastest-growing mobile-first general classifieds in Iran with +25 Million MAU and +500k daily listings which were a rather new experience. It had a UX team of 12 and was on a completely different level from my previous experiences. The team had its own user experience researcher, user experience designer, interaction designer, user experience engineer, and design system manager. This high-level team and working environment was exactly what I wanted and helped me grow; it still does. The work that I’ve done here, has a positive impact on the final product. I have been a good member and effective team player; someone they can count on. Now, here I am; with seven years of experience in UI and UX design, and data analytics,

I’ve come a long way. Here, I am constantly working with product managers, engineering teams, programmers and UX researchers. We define the problem very clearly because we need to know what is the problem that we are trying to solve, and most importantly, why we want to solve it? will this have a positive and measurable impact on our quarterly objectives? Our design procedure is an interactive one. I would analyze the data and documents and get feedback after each iteration. Then, I would revise my design, check its feasibility with the engineering team, and finally getting it ready for production.

I'm currently working as a Product Designer at Toggl.

I always prepare myself to take on any challenge, regardless of the level of complexity as I constantly expand my skill-set and thrive on the continual acquisition of knowledge.

View My LinkedIn Or My CV